Do you dream of becoming a belote expert? At FunBelote we have decided to share all of
our secrets to help you play like top players! Contract, suit, trump, tricks, extra points…
Belote will no longer be a mystery to you!

Starting with belote: learn the rules of the game

Give up poker and bridge! Belote is THE best card game if you want to have fun between
friends or with your family. And for a good start, you need to learn the official rules by heart.

Learn how to play classic belote

All you need is four players split into two pairs at the table and a 32-card deck, from the 7 up
to the Ace in each suit (Spades, Clubs, Hearts, Diamonds).
Belote rules are not as complicated as you may think. The best way to learn is to start with
classic belote.
Beginners will find all the rules explained in detail on our FunBelote website. You will also
find all the information you need in order to play belote: how the dealer distributes the
cards, how the trump suit is designated by the face-up card, the order and value of the
playing cards, the value of the contract, bonus points (belote rebelote, capot, 10 of der),
how to play a trick in the suit led or ruff with a trump, how to count up the points at the end
of the game, how to develop tactics with your partner and much more.

Several variants of belote exist. The most played ones are coinche and belote contrée. They
are aimed at experienced players who are already familiar with traditional belote.
Note that the cards are not dealt out in the same way and the trump suit is designated by
the players. But coinche and contrée are more or less played according to the same basic
rules. Just keep in mind that:

Learn how to play belote: the importance of training

You could know the rules by heart, read all the books available and watch all the tutorials or
courses about belote on YouTube, if you want to become a real pro, you will have to play
against advanced players! How? You have two solutions: find a table or play online!

Look around, get in touch with associations listed by your belote federation or in your city,
use social networks and you will find friends, clubs, local coffee shops running contests,
belote tournaments, etc. Belote is in the top 5 of the most played card games in France, so if
you look hard enough, you will necessarily make new friends and find belote players around.
Visit forums on specialized websites too. Their members should be able to redirect you.
And why not play two- or three-player belote? A good alternative when you don’t have a
four at the table.

Tip: follow the example of top chess players. Take detailed notes of the deals, step by step,
so that you can analyze the eight tricks of the deal and each card played, and understand the
techniques used by each player once it is over.

Train yourself up by playing online belote

You haven’t been able to find a partner to practice? Or you don’t feel up to it? Train yourself
up with an online belote app, learn at your own pace and become more confident!
You will love playing online belote games! Why?
First, it’s convenient! Download a belote app for free on your smartphone or tablet and here
you go! All you have to do is play!
Second, if you are new to the game, it’s better to gain experience before you sit at a table
with other belote players. By playing anywhere, anytime, you will progress faster than your
shadow!
Third, “icing on the table”: you will be able to decide whether you play against the AI system
or human players from all over the world! And all this in a single app on your mobile!

Learn to play with the FunBelote app

Several options are available to you to play online belote games.
FunBelote, the official app for online belote and coinche, offers a variety of game modes for
all levels. A modern and intuitive app with top quality graphics! A valuable asset in the world
of online belote! ☺
Following the example of the FunBridge app, we have developed “Lancelot”, the best AI
system mimicking human behavior. Lancelot will be both your partner and your opponents!
It will teach you the basics and adapt your training sessions to your progress.
FunBelote is the No. 1 app for learning belote while having fun!
Make rapid progress with the practice mode against a robot! A free and unlimited game
mode adapted to all players. Automatic aids are available to beginners: card value, point
counting, last trick played…
Join a game of multiplayer belote! Select the level of difficulty (standard, difficult, expert or
master) and pit your skills against our community of players at a virtual table. The
multiplayer game mode allows you to play online and mixes real players and AI if needed.
Discover our duplicate challenges! Participants face up to each other on an equal footing.
You play mini 8-deal tournaments with three robots at the table and your opponent plays
the same deals in parallel in the exact same conditions as you. A new experience of the
game set up by FunBelote!
Participate in daily tournaments! These are daily tournaments of classic belote, coinche and
belote contrée where you can pit yourself against other players. Each player must play 10
deals in 24 hours to enter the rankings. Every day FunBelote offers chips to the top fifty
players. Win the online belote tournament and get free batches of chips!
Don’t wait any longer and learn how to play online belote! Download FunBelote now and
open your player account for free. Chips are offered for each new app download and referral
to your belote-playing friends!
And you can try the FunBelote app for free without signing up. You have no more excuses!
☺
The FunBelote mobile app is available for iOS and Android devices via the Google Play and
Apple app stores 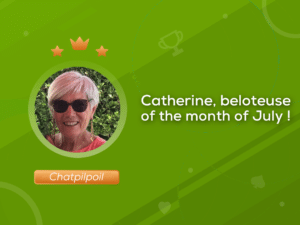 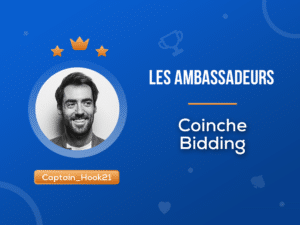 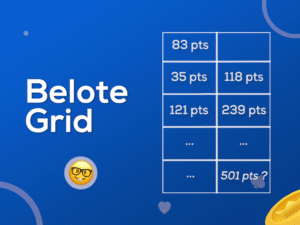